After picking up his 16th technical foul of the season, Cousins will serve an automatic one-game suspension unless the NBA decides to rescind at least one of the previous technicals. The Kings big man earned an ejection Monday night during a 112-107 loss to the Chicago Bulls.

Players are suspended for one game after receiving 16 technical fouls during the regular season and an additional game for every two technicals after that. Cousins has averaged 27.9 points and 10.7 rebounds per game this season, but could face unwanted time off down the stretch as Sacramento aims for a playoff berth.

The Celtics will enter Wednesday's matchup with a season-best seven-game winning streak and should be heavy favorites against the 20-32 Kings if Cousins' suspension stands.

bob
MY NOTE:  Vlade Divac says he is NOT trading Cousins.  Then again, they all say that right up to when they trade them (except for Phil.  He is practically throwing Melo at people).  What is clear, however, is that DeMarcus Cousins is losing (lost?) his mind.  The $64 question is "would a change of scenery change that?".  There has been talk about trading him to Phoenix.  Personally, I don't think that will change it because Phoenix is not in a better position to make the playoffs than Sacto is, even worse and gutting the Suns to bring Boogie in won't accelerate that.  If I am right, then he will still be the same old same old in Phoenix.  IF there is another DeMarcus Cousins, IF there is a normal person in there that we are hearing/seeing screaming to be released from his going-on 7 year playoff drought, then he has to go to a team that has a reasonable expectation of making the playoffs for that person to be liberated from his prison.  There are, let's say, 20 teams that could fit that description (16 teams that actually are going to the playoffs plus another 4 that are almost there and could make the playoffs with the addition of a player of Cousins' caliber) but not many that have the assets necessary to intrigue Divac and his completely dysfunctional ownership. Boogie has one more year on his contract after this one. They are talking about signing him to an extension and yet, a few weeks later, he still is not signed. That might be a CBA issue (Kelly CANNOT be signed to an extension at this point. He MUST go all the way to the end of the season and free agency) or, maybe, that rumor wasn't as solid as we were lead to believe. Maybe it was a rumor put out by Sacto management, to calm down the trade rumors, or by Boogie's agent to talk up his client.

IF this technical is not reviewed and rescinded by the league office, Cousins will sit out Wednesday's game vs Celtics.  That can only help us since there aren't many centers in the league who can stop him.  Talk about a logjam at center, though, they have Kostas Koufos and Willie Cauley-Stein.  That is depth at center we can only dream of. Living out here, in northern California, I get to watch DeMarcus Cousins play WC teams more than many Celtic fans do. Let me tell you, straight up, he is the most skilled big man in the game today. Everybody oohs and ahhs about Porzingis and Anthony Davis but a lot of that is based upon the assumption of the fulfillment of their potential. In fact, they are still playing catch-up to Boogie (Davis, in particular, is pretty freaking good too).

He is already missing games due to technical fouls BEFORE the All-Star break.

The only way I want him on the Celtics is as a free agent. Not likely, so I can live with that.

He can stay out west, I can live with that as well. We will never have to see him in a playoff game.

Even though we on the East Coast do not see Cousins very often just watching him in just about any one particular game tells us that he is the most talented center in the league.

I am in the camp that firmly believes that a change of scenery from 'hectic mess going no where' to a solid coaching staff with excellent player leadership will change this guy into a winner.  He clearly will help us get a big step closer to banner 18.

He the only player in the league right now (who may be available)  whom I would give up the Nets pick this year in a package that would be high in draft picks and would not include any of our core players except possibly Bradley because of his contract.

In addition I am not crying even one little tear because he is not playing against the Cs tomorrow.

Hi,
He is suspended 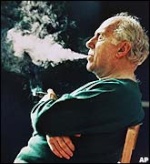 And I am in the camp that see's him as a problem child.

Danny has already stated that he is NOT looking to add a disruptive player.

I do not think that his skills can mask the issues.  I like guys that are about the team and not themselves.

To swing for the fences and part with hard to come by assets for Cousins would be a huge mistake.

This is all about charater or the lack thereof.  I would bet that no matter what team he is on he is going to act like an asshole.  It is who he is.  Being on a losing team is no good reason for his negative actions.

When the writer says this about a 20-32 team out West, I wonder just how strong the marijuana is that he must be smoking:

"as Sacramento aims for a playoff berth."

worcester wrote:When the writer says this about a 20-32 team out West, I wonder just how strong the marijuana is that he must be smoking:

"as Sacramento aims for a playoff berth."

Sure, their record is terrible, but they're only 3 1/2 games out of a playoff spot with 30 games to go.  They only have to pass Portland (which lost Evan Turner to a fractured hand tonight) and Denver.  Certainly not impossible.

That astounds me...to have that weak a team in the playoffs.